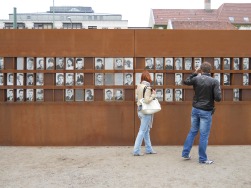 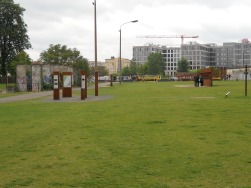 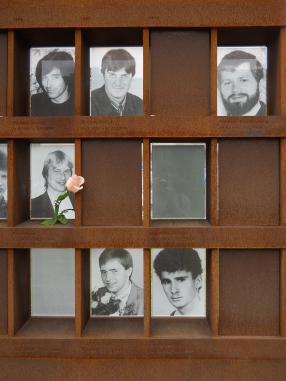 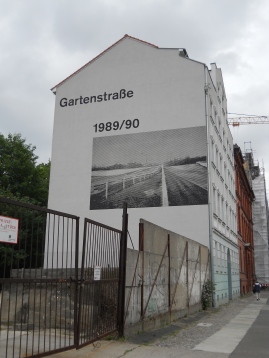 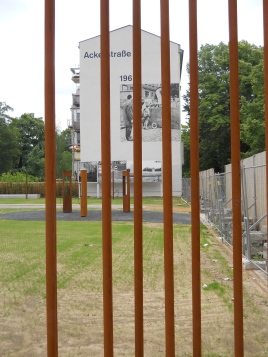 I happened to be studying German in West Berlin at the time of this incident and I remember it as a moment which underscored for me just how cold the Cold War had left many West Berliners.

1989 Berlin was defined, literally and figuratively, by the Wall. I had been drawn to the city in large part by the Wall, and the unique environment its existence had created in the western half of the city.  And once I arrived, the manifestations of the city’s division were at the forefront of how I experienced the place. The vast no-man’s land at Potsdamer Platz, the ‘ghost stations’ one passed through on the subway when traveling under East Berlin or the iconic Brandenburg Gate floating unreachable in a sea of asphalt right at the hard edge of the divide. These were just some of the scars that were at the centre of my fascination with the divided city. 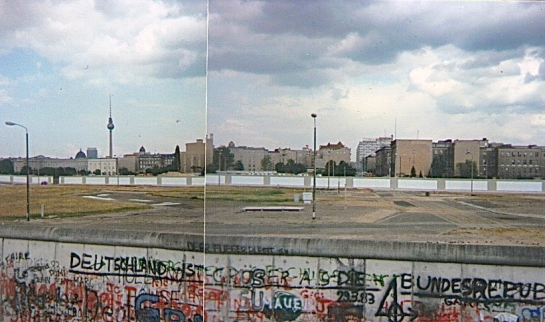 For Berliners, however, such things were – necessarily I suppose – background noise. Residents on both sides of the divide had come to terms with the Wall’s existence and went about living their lives “around” it. I recall East German leader Erich Honecker surfacing on the front pages of the West Berlin papers that January with a quote that the Berlin Wall would “still be standing in 50 or 100 years if the reasons for its existence were still present.” (Der Tagesspiegel, Jan. 18, 2014). While Honecker’s statement made for a good headline, I don’t remember it sending any ripples through everyday life, and my guess is that many West Berliners would’ve been okay with this vision of the future as it tacitly accepted the continued existence of the entity known as West Berlin. My sense is that West Berliners saw the periodic deaths at the Wall as regrettable, but that they were the price to be paid for the continued stability which the capitalist, democratic enclave enjoyed. And since that price was paid overwhelmingly by East Germans, such incidents could be met largely with a sigh and a shake of the head.

Chris Gueffroy’s death did trigger a media echo in West Berlin too, but if there was a public response I don’t remember it. I do recall that during those weeks our class had a conversation with our teacher about whether relations were changing between the two Berlins and the two Germanies. Her answer has etched itself into my mind at that time as sounding rather utopian. She told us that she thought they were, but that change would happen slowly: “I don’t think I will experience anything in my lifetime, but my four year old son might.” That was the sort of view that passed for hope in West Berlin in 1989.

After unification, four border guards directly involved in the shooting of Chris Gueffroy and two SED functionaries responsible for aspects of the border controls in Berlin faced trials that attracted considerable public attention. Ultimately, two of the border guards were acquitted of all charges, while the remaining two received suspended sentences of two years. The two Party members charged in the case received suspended sentences of 15-month for their role in upholding the circumstances that caused Gueffroy’s death.

It is interesting to note the Gueffroy was the last victim of the “order to shoot”. His death came at a time when the GDR was under immense pressure, most notably from the Soviet Union, to sign a declaration of the Conference for Security and Cooperation in Europe which guaranteed citizens of signatory nations the right to choose their residence and emigrate as desired. Naturally, East German leaders realized that implementing this agreement would endanger their state’s continued existence and were unenthusiastic about this. Ultimately, however, they bowed to Soviet pressure, signing the agreement and issuing the secret order to border guards in April 1989 that they were no longer to use firearms to prevent escapes. The historical record has it that the GDR’s Deputy Minister of Defence informed the three highest ranking officers of the Border Guards that, “The Secretary General [Erich Honecker] has decided that, in the current political climate, it is preferable to let someone escape than to prevent this by the use of a firearm.” (Welt.de, Warum die Leugner des Schießbefehls lügen, from April 2, 2009 – accessed on January 10, 2017).