The Shuffle Demons emerged on the Canadian music scene in the mid-1980s and immediately made a name for themselves as a sax-focused jazz quintet whose high energy performances married hard bop rap with fun. The group is best known for its track “Spadina Bus” and a video for the song, a paean to a bus route in their hometown of Toronto, turned a lot of heads and helped establish the band as a fixture on the Canadian jazz scene.

Between 1985 and 1997, the band toured Europe a remarkable fifteen times and during the early years, they busked their way across the continent, picking up the occasional gig on the way. During 1985, the band traveled to the island of West Berlin to try their luck on the streets there and then decided to head eastwards and see what the side of the city behind the wall had to offer. I saw an interview with the band after this trip in which they made mention of their adventures in East Berlin and was reminded of this after encountering the band at a music festival here in Toronto recently. Interest piqued, I contacted the band through their website and was thrilled when one of the band’s founders, Richard Underhill, agreed to meet with me to reminisce about their East Berlin experience.

Listening to Richard talk about their experiences, he underlined that in July 1985 the Shuffle Demons were not yet the established band they would later be, but rather a group of young musicians looking for adventure while playing their way across Europe.

The band arrived in Berlin in two groups, with Richard and another member travelling by bus with the group’s gear while the rest of the band took a ride share from Amsterdam “with a woman who lived in some sort of commune in Kreuzberg” (the alternative neighbourhood in West Berlin). After arriving, Rich’s band mates bonded over beer with a group of Scottish backpackers and some female travellers and then tried to overnight in a women’s only hostel run by some Catholic nuns. When discovered and unceremoniously evicted, the Demons took refuge in a nearby park and bunked down for the night. No sooner had they fallen asleep, than were they awoken by the sound of shrieks and screams coming from behind an imposing wall. In their stupor, the boys deduced that they had kipped down next to the Berlin Wall and that the rather unpleasant soundtrack was the result of some Communist repression being meted out within earshot. In the morning, they realized their mistake: the wall belonged to the West Berlin zoo, the screams to some of its inhabitants. So a Berlin wall, yes; the Berlin Wall, no. 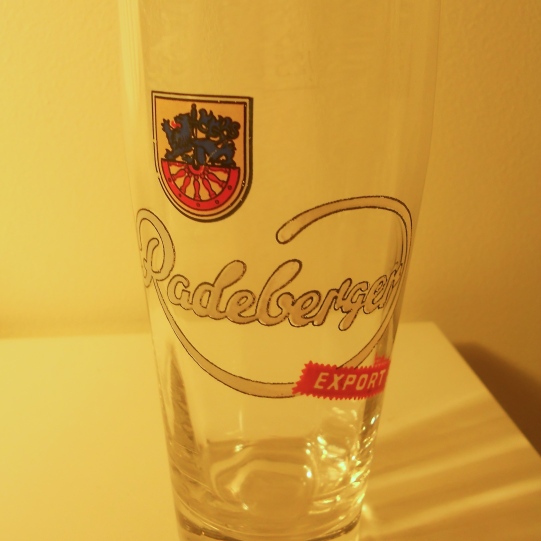 Radeberger Pilsener, brewed near Dresden, was one of the GDR’s best beers and largely earmarked for export. Had the Demons tried to wet their whistles at the Palace of the Republic, they might have been able to try one, but chances are the local pubs they drank at served (East) Berliner Kindl (photo: author). 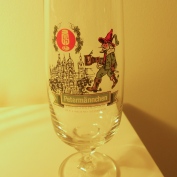 Another “beer tulip”, this one for Petermännchen brand beer from the northern city of Schwerin. The glass commemorates that city’s lovely castle (photo: author). 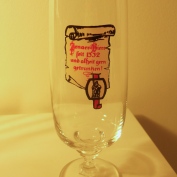 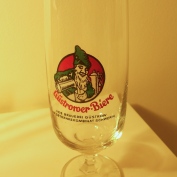 “Beer Tulip” for Güstrower Beers, a group of breweries in the north of the GDR (photo: author).

After busking in West Berlin for a couple of days, the group decided that they wanted to check things out on the Other Side. Rich relates that the band didn’t have any particular impressions of life behind the Wall: “Some people tried to discourage us saying that it was dangerous and what not, but we wanted to see for ourselves.” Horns in hand, the band made there way to Checkpoint Charlie, the storied border crossing in the American controlled-sector of West Berlin, and immediately set about to find a bar for a beer. Once they’d done that, they found a shop and got a few more bottles to go and then sampled the East Berlin suds on offer at another pub. Rich: “We drank a lot back then!”  Thirst quenched, the band got on a streetcar (“That was incredible, a ride cost, like, the equivalent of three cents of something!”, remembers Rich) and got off when they found a park where they planned to sleep off their beer buzz. 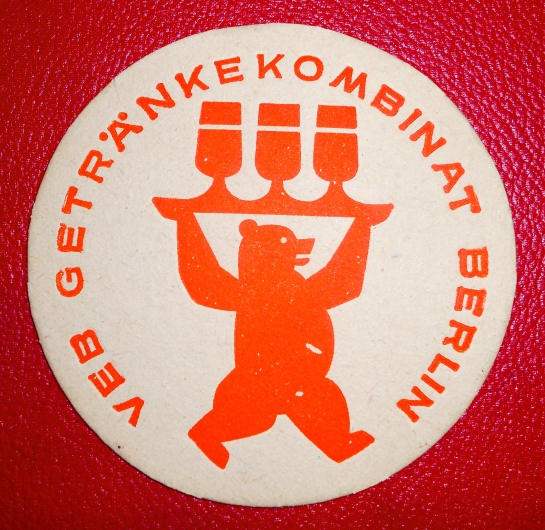 Odds are that this is the beer coaster upon which Rich and the other Demons’ beer would’ve rested on their Berlin visit in 1985 (photo: author).

Rich remembers that the rest break was short lived, however, when a group of kids noticed their sax cases and began pestering the group for a tune. The Demons gave in and Rich recalls a great scene with the park coming to life, a crowd quickly gathering to listen to and watch the band as they brought their bop sounds to East Berlin. A local man was particularly enamoured and befriended the group, inviting them back to his place. Uwe sounds like a classic member of the East Berlin boheme, an avant garde photographer whose dilapidated apartment was decorated with what Rich describes as “totally out there black and white pictures. Really interesting stuff.”

Uwe insisted that the band accompany him to a birthday party that was taking place that night. The people there would love them, he promised, and so it was. The Demons joined in the celebrations and played a set for a raucous audience of East Berliners in a jammed, smoky club. Things were going so well, that the band nearly forgot that the conditions of their visa were that they had to exit the GDR by midnight through the border crossing they had entered. 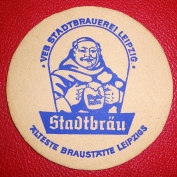 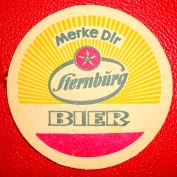 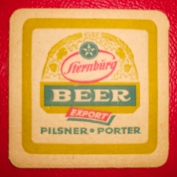 Sternburg beer was brewed in Leipzig in part for the export market (photo: author).

To hear Rich tell it, the party atmosphere evaporated instantly when they realized that it was 11:45 and that they’d likely miss the deadline: “We were freaked out.” Their hosts accompanied theym to the subway and Rich remembers a mad dash for the border, the band sprinting down darkened East Berlin streets in a mad bid to stave off arrest. “I remember hearing something jingling in my pocket as we ran and I realized that I still had most of my East Marks left, so I reached in and held them up in the air so that our (East Berlin) friends could see them and then I left them on the sidewalk for them to have.”

Arriving at the border crossing at 12:15, the guards gave the boys the sort of cold reception typical of their ilk. Rich remembers thinking that a “clean the whole station with a toothbrush scenario” was about to unfold as each of them were taken to separate rooms for an “inspection”. The border guards went through everyone’s belonging. Rich remembers that a fish-shaped pen caused considerable confusion, but after a brief period of intimidation, the relieved Demons were spit out of the belly of the beast and back onto West Berlin streets.

This experience left enough of an impression on the band that they wrote a song about it, “East Berlin Angst”, for their next album, 1988’s Bop Rap. A lyric video for this great track is found below.

On the Road Again: The Demons Back in Germany in the Summer of 1990

In the summer of 1990, the Demons were back in Europe and Germany only under a completely different set of political circumstances. As part of their travels, they found themselves in the eastern Bavarian city of Hof on Reunification Eve, October 2, 1990. This city sits very close to both the inner-German border and that with what was then still Czechoslovakia. To celebrate this momentous day, a local business man was holding a party his loft and invited the Demons to perform for the guests who came from all three countries. Rich recalls a surreal experience. “The host had invited a bunch of young women from the GDR who he introduced to us as ‘models’. Talking with them, I just remember thinking that they were incredibly naive about things.” In addition to the Shuffle Demons, the evening’s entertainment included representatives from each of the three neighbouring countries.

First up were some Czechoslovak musicians whom Rich describes as “wild men of the East”. Thickly bearded and playing homemade instruments, the group bashed out an intense set of classic 60s rock ‘n roll. This was followed by a group of East German artists who presented a sort of performance art piece that ruminated on unification and included nude poetry before culminating with the lighting of a strand of barbed wire. “This sort of avant garde art was one of strongest impressions I had of Eastern Europe. I’ve always wondered why that approach was so popular and I think that it was obviously a way to express opposition, but I think that in a context where there money really didn’t matter, where there was no way to ‘sell out’, people were freed to express themselves in a lot of different ways.”

The evening climaxed with the  West German contribution to the program, a Top 40 cover band. “It was the perfect representation of what was going on,” Rich offers. ” I remember thinking, ‘These people and going to have some issues with each other.'” And so it would be.

On that same trip, the band ventured to the city of Plauen which sat just across the former border in the East. Rich has vivid memories of playing on the main square covered with placards for candidates in unified Germany’s first parliamentary election and how the passing streetcars were all decorated with paintings – not advertising. “One that we saw a few times was completely covered with scenes that reminded me of Dante’s Inferno. We thought that was really cool.” 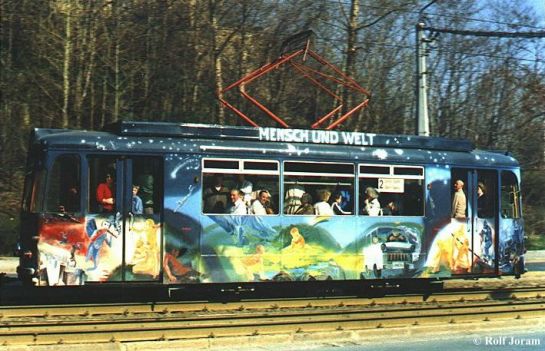 Streetcar in Plauen as Rich and the Demons would’ve seen it in 1990. This car was titled “Man and the World” and was painted by local artist Hermann Geyer (photo: Rolf Joram)

By 1994, the Demons had established themselves in Europe and were back for a more conventional club tour. The itinerary for this tour included a date in the eastern German city of Plauen which they had visited briefly several years previous. By now, however, the post-unificiation hangover had set in and Rich remembers feeling the change. “The first thing I recall was the street cars. Where they had been covered with these great paintings last time, now each one had a beer ad. The new system had completely imposed itself. The club owner told us, ‘Man, we got hit by a train. We thought that maybe there would be a mixing of ideas , but . . .’ All the energy that had been there, the hope, it was gone.”

Special thanks to Rolf Joram and his website http://www.elektrische-plauen.de for the kind permission to use the photo above!